The association of the pharmaceutical industry in Austria. 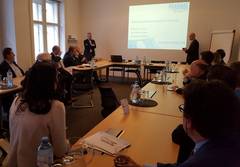 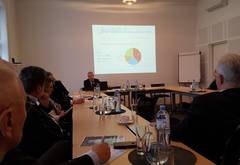 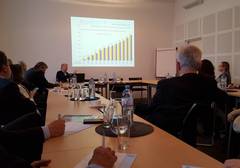 Founded in 1952, Pharmig represents about 120 member companies with approximately 18,000 employees in total. These companies make up for more than 95% of the Austrian medicinal product market. Though Austria is a relatively small country, 25% of Pharmig's members like Shire or Sandoz are manufacturers, running plants in Austria.

In the pharmaceutical industry Austria is among the exporting countries, where the value of medicinal product exports exceeds imports by some 17 %. Both production and imports and exports of pharmaceuticals are steadily rising. About one third of the medicinal products were sold to hospitals, and two thirds to public pharmacies, i. e. the out-patient sector (based on value). There are close to 300 hospitals in Austria.

"Austria has the third highest public expenditure on healthcare and is the only Member State where this sector involves 4 different entitites", Dr. Huber annotated regarding the complex healthcare system in Austria: "The Austrian public healthcare system is one of the most expensive in the EU. It suffers from structural imbalances with an oversized hospital sector. We have to increase the use of primary care rather than hospital care".

In the near future Austria faces a number of challenges, as Dr. Huber explained: "We need to take steps to increase efficiency in public sector and secure long-term sustainability of public finances, Pensions, Healthcare and long-term care. Comparatively high government expenditure is financed by a high tax burden, particularly on labour. Pension payments, subsidies and healthcare spending are higher than in other Member States." Austria's ageing society is facing considerable future challenges caused by increasing pension and healthcare payments. The high fragmentation of competencies entails efficiency losses in crucial sectors of spending, such as healthcare.

Pharmig and its member companies are committed to securing the supply of medicinal products in the health care system to the best effect. Through quality and innovation, Pharmig and its member companies ensure progress from both the social and medical points of view. Politically independent, Pharmig is financed by membership fees, depending on the size of the company.

Among the service functions for its members, Pharmig acts as a negotiation partner in health policy, as a platform for debate and advice and a kind of think-tank, representing the Austrian pharmaceutical industry - also at international level.